You are invited to join fellow alumni and friends at

A great time at the Hawks by the Bay last weekend. Great to see a healthy BTGOTF! Some updates and pics for ya...

Ok folks – here’s my best attempt at a recap from today’s event. Hopefully some of my fellow attendees will fill in the gaps, of which there are sure to be many…..I will focus on what stood out the most, and you’ll have to forgive me if you smell the ‘kool aid’ in my post – it’s the only way I know how to operate when it comes to the Hawks. New Fieldhouse / HaganPhil is clearly and genuinely excited – he was glowing when describing the new facilities. Said the floor had just been ‘sealed’ the other day (fancy term for paint job I think?) and it looks awesome. Important to note: 2 former players recently came in for a tour.

These 2 guys by their nature are very different ‘kind of guys’ from each other – but both reacted the same way – they couldn’t finish the tour. They openly admitted jealousy. Phil’s observation was that this is healthy for the program and personally tells me a lot about what is in store. He also said there’s been interaction between former players and younger guys / incoming freshmen and bacically the older guys have communicated “you are lucky to have this – take advantage of it”. Good stuff.Players (I don’t think all were mentioned specifically? Commentray did not go too ‘deep’ on many of our guys….Others, please help me with the gaps here) – I’ll start with the frosh because personally that is who I am most excited to see...


Overall it was a good turnout. Thanks to Joe & Ellen for putting it together. Phil was very upbeat especially when talking about the new facilities. He said it was second to none and as recounted elsewhere the envy of several former players. During discussion of the team virtually every player was discussed largely prompted by questions from the crowd including yours truly. One key question was whether Govens was going to be able to step up. Phil conceded it not so many words that DG needs to want it. The ability is there, but perhaps not the fire. In my opinion, Darrin is the key to this year's squad's chance of success. Scoring will again be problematic thus we need major point production from this senior. As noted elsewhere, GW has been working hard on his strength and conditioning albeit Phil made a throw away comment about looking to score. 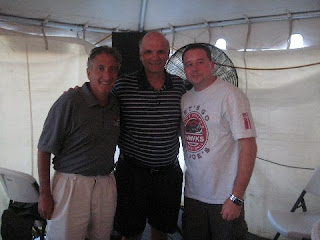 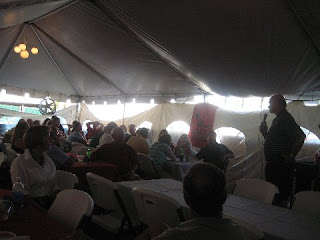 Joe1Hawk and Flap with Phil. Phil chatting about everything & anything Hawk. 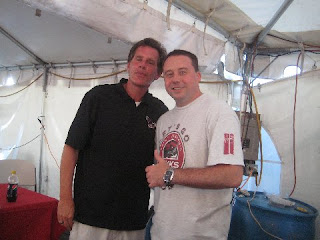 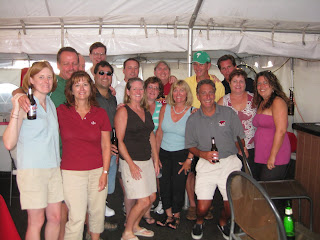 With Flap, aka Bobby G, who is heading up Hawks Soar at the Shore. The hanger-ons... 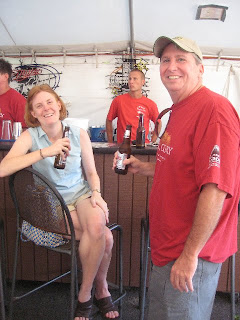